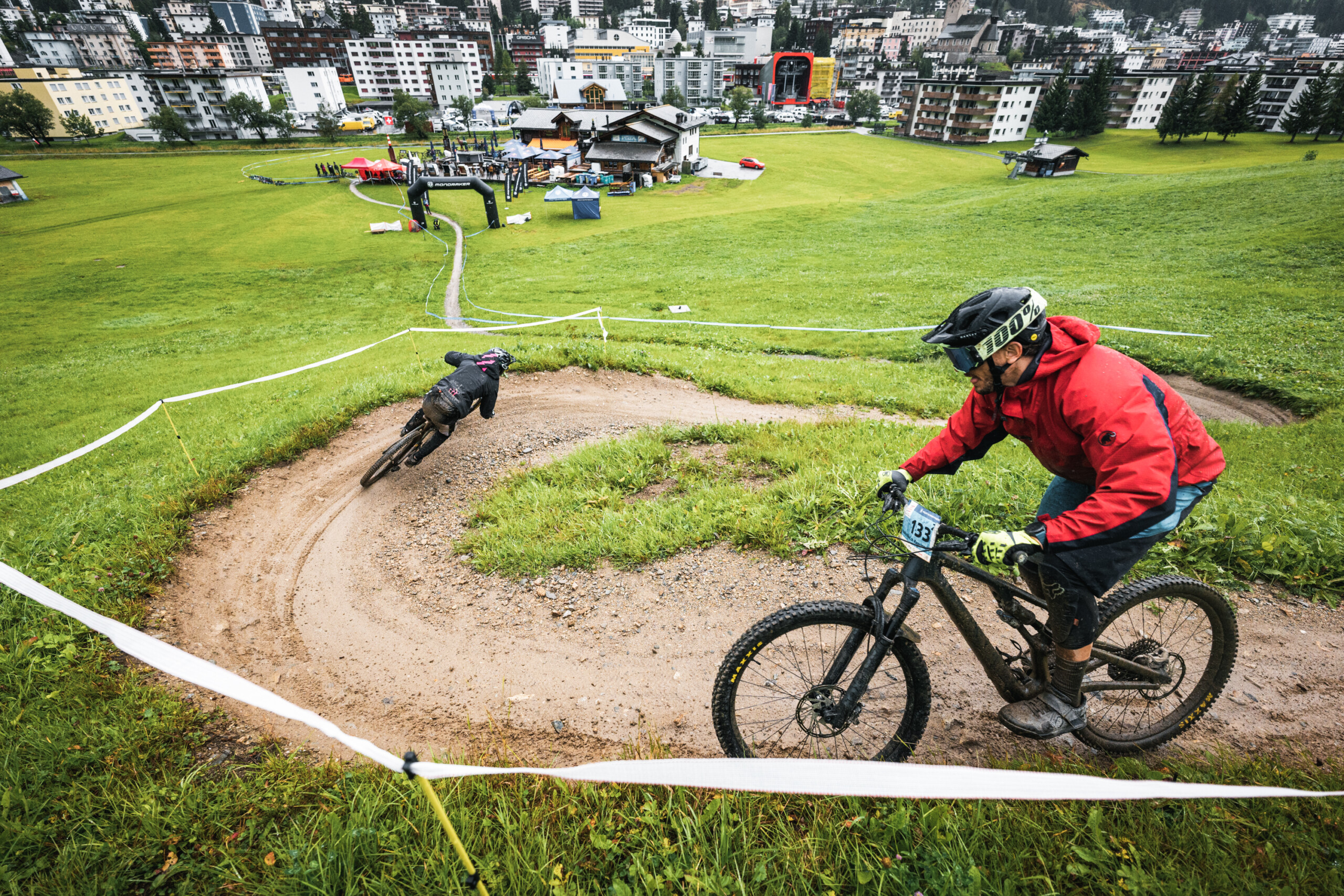 From 1st to 3rd September 2022, the international enduro mountain bike scene met in Davos, Switzerland, for the already 6th edition of MONDRAKER ENDURO TEAM, a race for teams with maximum fun factor. With plenty of sunshine, one rainy day and impressive mountain panoramas, the almost 450 riders enjoyed the alpine racing adventure on the first-class trails around the destination of Davos Klosters and culti-vated the extraordinary camaraderie of the international mountain bike community. The teams had an exciting but fair competition – and the newly launched Kids Race with more than 40 children emerged as a real highlight.

Two days of sunshine, one day of rain, first-class trails and mountain panoramas at their best – the international field of participants was once again thrilled by the event and the Davos Klosters region. Many teams were already taking part for the fourth, fifth or even sixth time: "The trails here are simply amazing, the atmosphere is always great and the event is just brilliant and organized with a lot of passion. That's why we come back every year!" This is the feedback by various repeat participants, for example from Holland, Sweden and, of course, Switzerland. Almost 450 participants from 19 nations in mor than 180 teams rode 11 so called "stages", i.e. measured sections, on their bikes over the past three days. On the transfer stages in between, often supported by mountain railways, the time was stopped and the riders had time to chat with race participants from other countries, cultivate the international bike community and enjoy the impressive alpine scenery of the Grisons mountains. In short – a huge mountain bike fun that also connects generations: The youngest participant will be 16 soon, the oldest is 63: "I'm riding with my team partner for the fifth time, in the 77+ category, but with our combined ages we could ride at 120+! But, unfortunately, this category doesn’t exist yet," says smiling Fips Joller from Nidwalden. His team partner is none other than Peter Odermatt, CEO of the muesli manufacturer bio-familia.

Test run with e-bike category: Small but nice
For the first time this year, a test run was held with a new e-bike category of two-person teams – the E-Teams. The interest for the new category was manageable, but the participants who took the opportunity were enthusiastic. Race director Michi Wild from Bike Academy Davos draws a corresponding conclusion: "Even though e-bikes are becoming more and more popular, in the enduro sector many riders still prefer to ride the lighter bikes. For some, however, only e-bikes made a participation possible, especially with the additional meters of climbing to be mastered this year, because the second section of the Jakobshorn cable car is currently not running." So, the E-Team category was small but nice. "We still have to decide if we keep it like this for next year – but we definitely want to remain a fun event and stay open for many riders and innovations.”
For the third time already, teams of three to six people were able to race in the open category FUN TEAM. The meanwhile established category, which symbolizes the core idea of the event, was also a real hit this time and the 40 mixed Fun Teams once again appreciated and enjoyed it immensely to be able to start as a larger group in this total fun category instead of just in a team of two.

Favourites take the win
In the Men's category, the favourites fought out the podium places among themselves right from the start: The victory went to Gusti Wildhaber and Tim Bratschi from Team Cube Lapierre Collective, who were able to take over their starting place from a colleague team only very shortly before the race. They won with 1h 08min 53sec, 41 seconds ahead of the second-placed locals, Ivan's Velosport Race Duo with Jonas Bernet and Luca Jenny. After a crash on the first day, last year's winners Mirco Widmer and Stefan Peter from Zug of the Bixs Factory Team came in third.
Also in the women’s category, the favourites took the win: The sisters Ramona and Jennifer Kupferschmied from the Swiss MTB pro Team based in Berne defended their title with a final time of 1h 30min 15min. Second place went to Melanie Zehnder and Andrea Richiger from Central Switzerland as the Gratis Ürnerpastetä fir alli team. Former downhill racer and future DH National team coach Carina Cappellari from Walenstadt and her sister Laura came in third. Originally, she wanted to ride with downhiller Lea Rutz, who injured herself a few days before the event.
In the Mixed category, the Central Swiss Team Rocky Mountain with Anja Hovorka and Aron Schelbert took a commanding victory, ahead of Claudia Grassi and Loris Pellencini from the RideUp.ch Enduro Team and the locals Sibylle Stebler and Lucas Hofmann from Bikepark Färich.
In the 77+ category of older riders, victory went to Team 19Hunderfrücher from Hägendorf with Dominik Betschart and Heinz Hostettler, ahead of the well-known Tanner Twins from Eriswil, Jürg and Markus Tanner. Third place went to the Old Brothers Fredy Rohrer and Iwan Arnold from Nidwalden.
In the FUN TEAMS category, which was held for the third time, the Ticino team Chiandussi Bike 1 took the victory, ahead of the Germans FoxDevilsWild and Team Velobude Racing from Zurich.
Despite the sometimes tough fights on the course, everyone agrees: winning is secondary at this fun team event – because the main prize is simply a big grin on your face. And that's what almost everyone got this time, too.

Newly launched Kids Race as a highlight
A novelty this year was the absolutely unique team enduro race for children, which celebrated its premiere on the last day of the event. It was a real highlight. More than 40 children between 8 and 15 years not only raced, but also smiled for the win. The level of the older teams was quite high, they crossed the finish line almost as fast as the adults. Some of the younger ones showed a lot of sporting spirit, fighting and getting through was the motto. In pouring rain, but in a great atmosphere, the winners received their prizes from Endura. But actually, there were only winners at the Kids Race: "Youth development is a matter close to our hearts. The fact that the first edition of ENDURO TEAM for Kids was so much fun for the childern makes us very happy," said organiser Britta Wild from Bike Academy Davos. "We are already looking forward to the next edition!" The rankings of ENDURO TEAM for Kids are available here: https://timing.sportident.com/de/results/2022/enduro-team-for-kids

Loyalty from all sides
The organising committee draws a thoroughly positive conclusion: "Our goal with MONDRAKER ENDURO TEAM is to show experienced mountain bikers the most scenic trails of the Davos Klosters destination," summarises race director Michi Wild. "We succeeded again this year. It was once again a fantastic mountain bike party – and the nicest compliment is that so many riders keep coming to our event every year!" The loyalty includes not only the riders, but also organisers, volunteers and even farmers: "One farmer lured his cows off the trail with salt and special food and sat with them for half the day so that we had a clear run! The mountain railways of Davos Klosters, who make the event possible thanks to their dense transport network, also gave us super support again!" The biggest thanks of all go to the 60 volunteers, without whom the event could not be held. "They are the soul of our event, many of them have been here for years. And some racers come three days earlier to support us with the preparations. That's anything but normal, it's just very nice!" says Michi Wild happily.

Date for seventh event in 2023 still open
Next year, the established fun race MONDRAKER ENDURO TEAM for experienced mountain bikers in Davos Klosters is expected to take place again – but the date is still open. "Due to updated hunting regulations, we will unfortunately no longer be able to do the event in September," explains organiser Britta Wild from Bike Academy. “However, we will communicate the new date and the registration opening on our channels as soon as possible."

Rankings 2022
All Rankings of MONDRAKER ENDURO TEAM in Davos 2022 can be found here:
https://timing.sportident.com/en/results/2022/mondraker-enduro-team 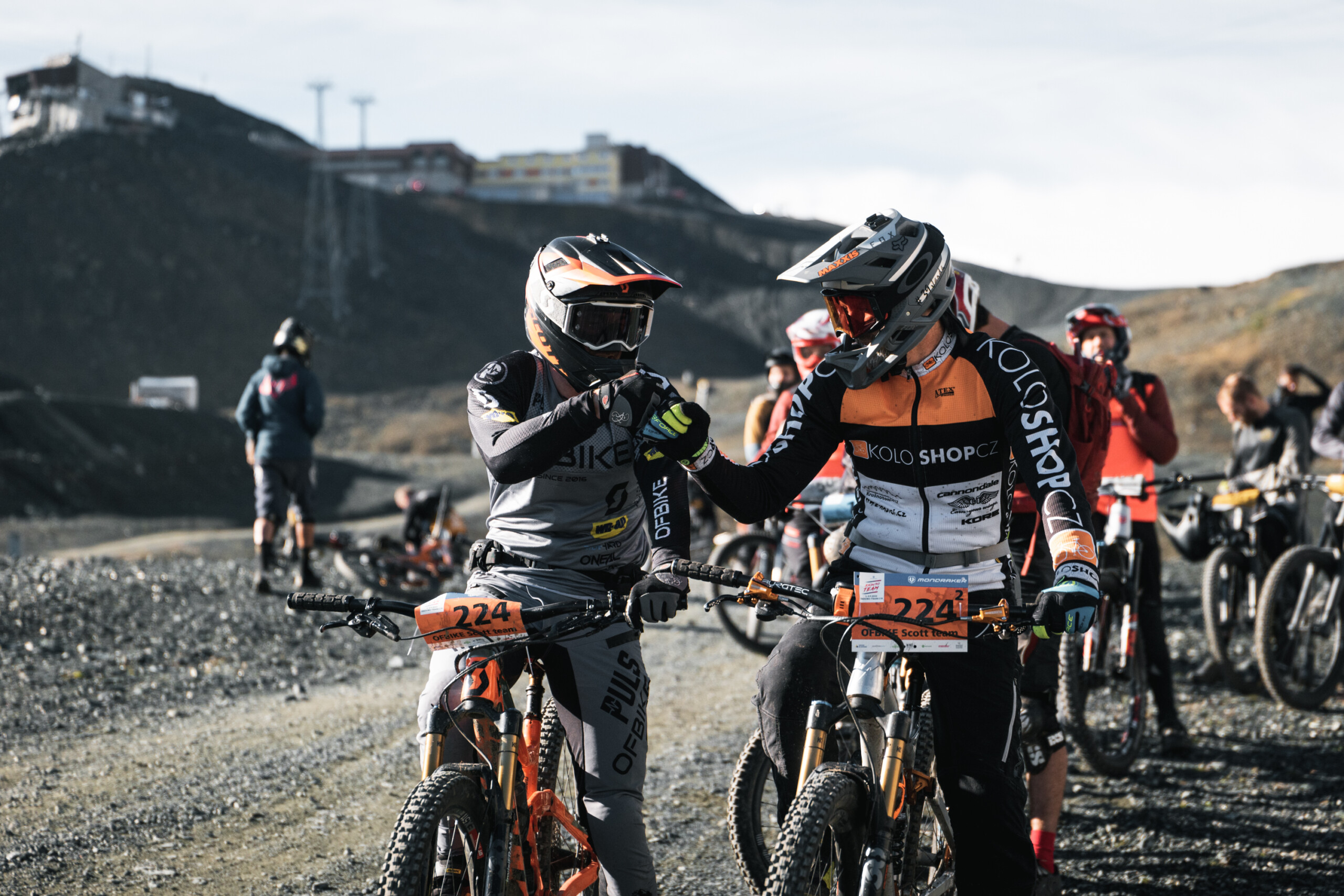 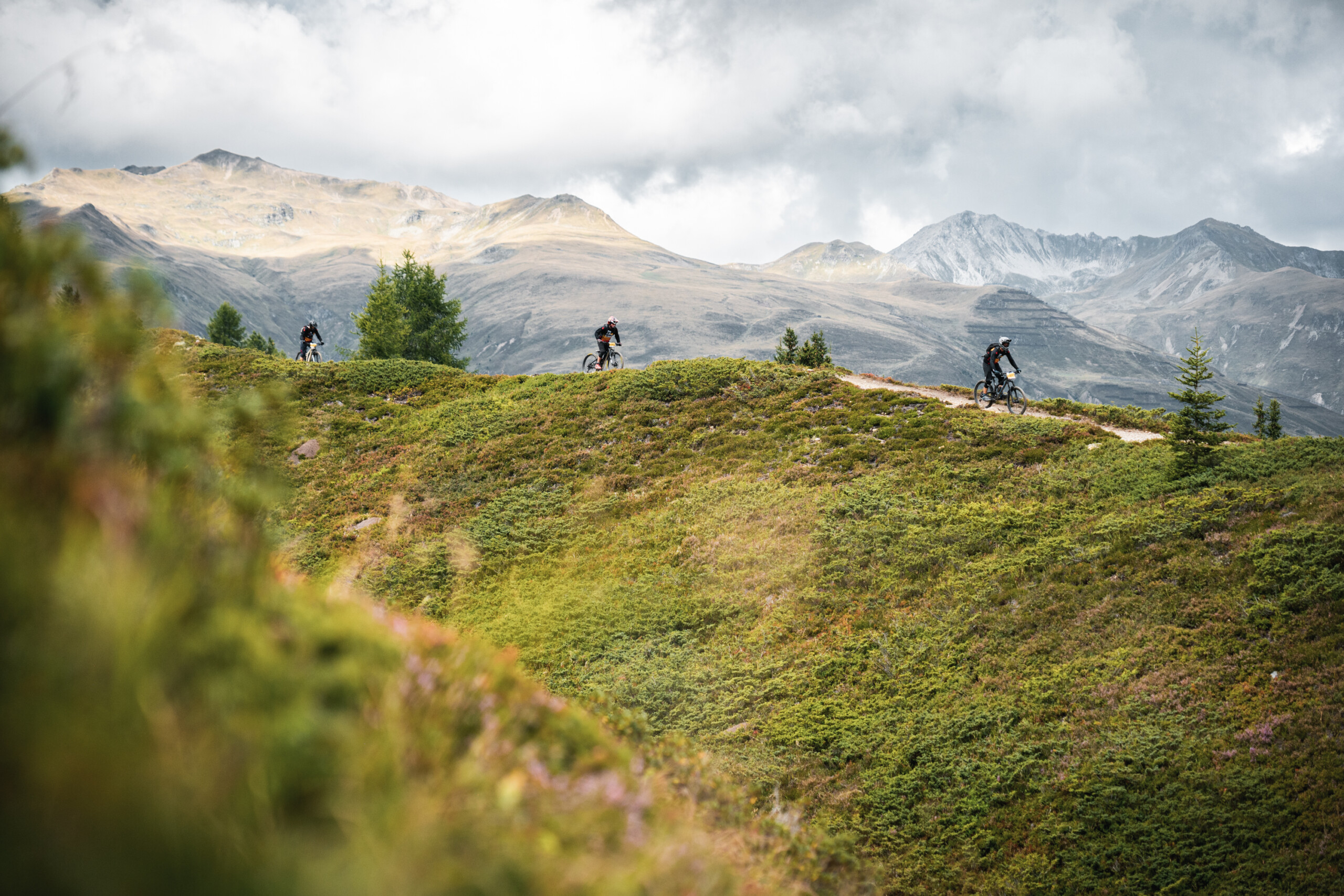 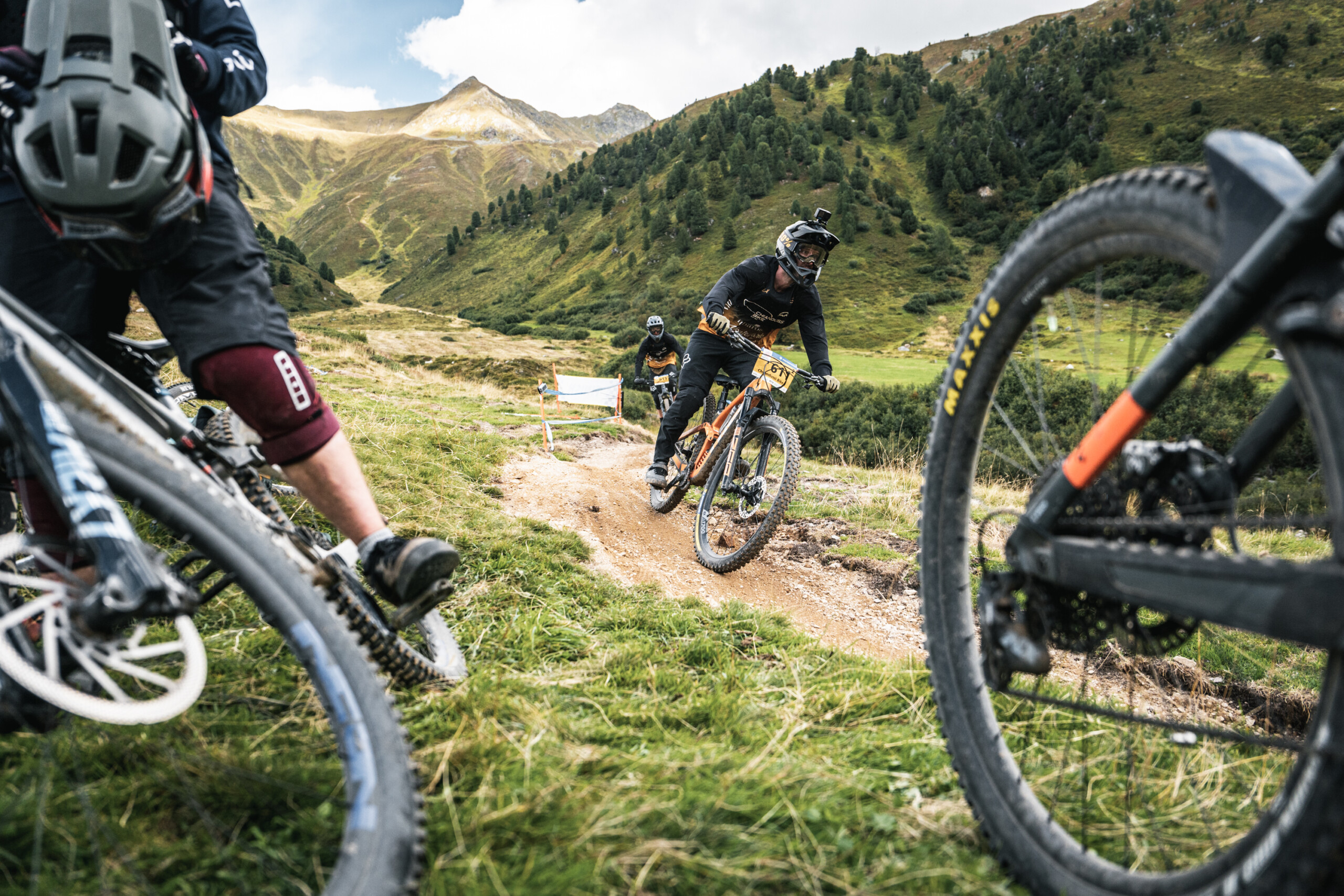 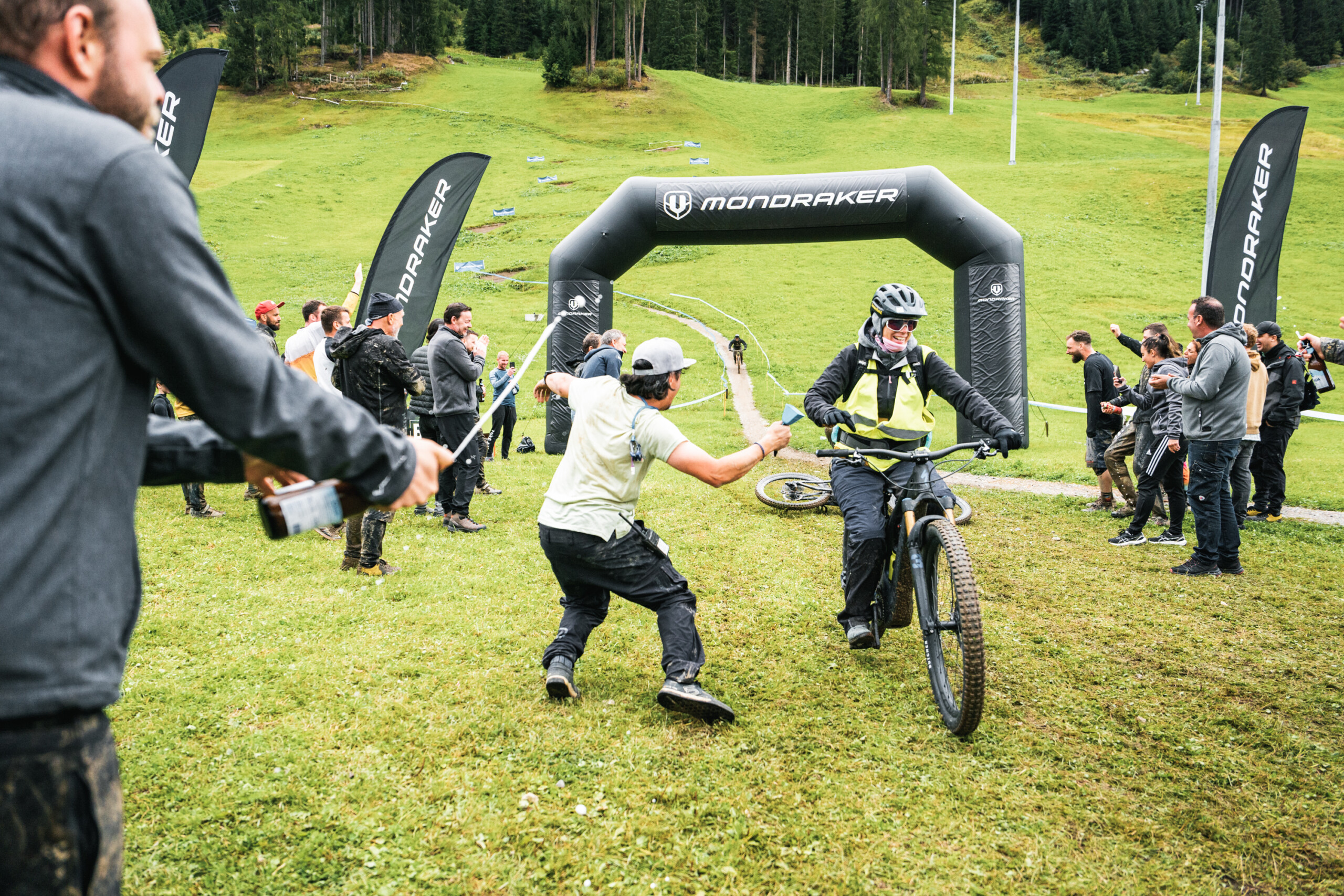