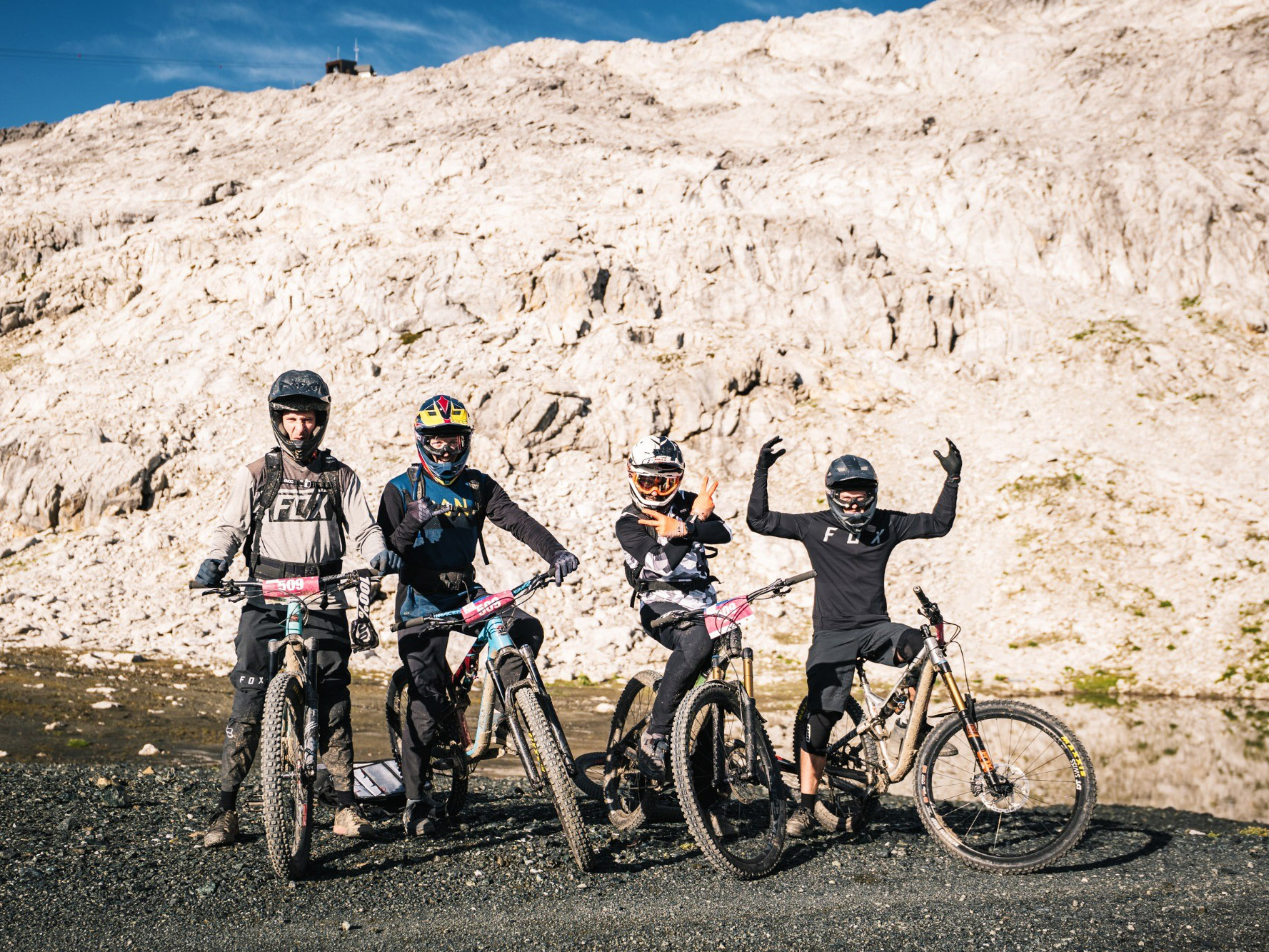 MONDRAKER ENDURO TEAM 2021 in Davos Klosters was completely sold out within just four days. To thank our loyal community, we raffled off a starting place each for a FUN TEAM and for a team of two in February.In the meantime, out of numerous entries and loads of good stories, we have chosen the deserving winners. The entry for a FUN TEAM goes to team DirtBoogers, who, after leading clearly, had to drop out of the competition last year on day 3 due to bad luck with an injury and now get a second chance. Read their story here.

The DirtBoogers – that’s Benji, Daniel, Marco and Nico. They live all over eastern Switzerland and took part in 2020 as a team of four in the new FUN TEAM category. However, they weren’t newcomers to the event – three of them already raced in 2018 and 2019 in teams of two. A season extension on the Canary Islands as well as encounters at MONDRAKER ENDURO TEAM in previous years brought the four of them together as an exquisite FUN TEAM. Obviously, MONDRAKER ENDURO TEAM unites like-minded passionate bikers. As experienced and also successful event participants, their motivation was extraordinarily high also in the fun category – perhaps a little too high, as was to turn out later...

The clear lead
The DirtBoogers put the pedal to the metal right from the start. The motto was to open the brakes and quickly race one stage after the other. The four of them succeeded excellently – and after two days of racing they were leading the FUN TEAM category by 7 minutes. No signs of duels far and wide. They were sure – without any breakdowns or major incidents they would easily take the victory.

The call that faded away
Would – because on the third day the stage from Jakobshorn down to Sertig came. The motivation was still huge, the mood constantly euphoric. Only Daniel suggested to lower speed and risk a bit due to the clear lead. However, with the epic trail in the DirtBoogers’ sight, his call abruptly faded away in the mighty mountain world... The volunteer at the start gave the go. Immediately, Nico pedalled as fast as he could in front, Benji and Marco wildly behind, Daniel at the end. It was a long stage – the longest of the whole race, with over 5 kilometres and more than 600 metres of descent. Fast again, the team crossed the finish line, cheering and with extremely broad grins on their faces. But – there were only three of them. One was missing. Where was Daniel? Immediately they asked the teams arriving after them – and they reported, yes, halfway of the stage there is someone sitting on the edge of the trail, holding his hand contorted with pain... Ouch!

The painful loss
A few minutes later Daniel arrived – to the teams’ amazement in full race mode. He so badly wanted to save some of the leading time, although all colour had drained from his face. When he reached the finish line, he was immediately given medical attention and taken to Davos hospital for an examination. The diagnosis: a broken wrist – and a painful loss for the team! The remaining three DirtBoogers finished the race, but since one team member was missing on the last three stages, the leaders fell out of the ranking. Yes, it hurt a bit – but compared to Daniel's injury this was only a small scratch on the ego...

The second chance
Daniel's wrist has healed in the meantime, motivation is back and confidence in the team has returned. Shortly after registration opened, the DirtBoogers wanted to sign up as a FUN TEAM for MONDRAKER ENDURO TEAM 2021 in Davos, to go for that unfinished business from 2020. But – how frustrating – the event was already sold out... "The entry draw seemed like a godsend – we just had to try it," said the DirtBoogers when they submitted their story. They convinced the jury with it – and thus get the chance to race for victory again as a FUN TEAM in 2021. "We are overjoyed and see it as a great honour that we will now get the chance to make up for the missed opportunity after all. Spectacle is guaranteed and we will once again give it all. Unless Daniel tells us to slow down a bit..." 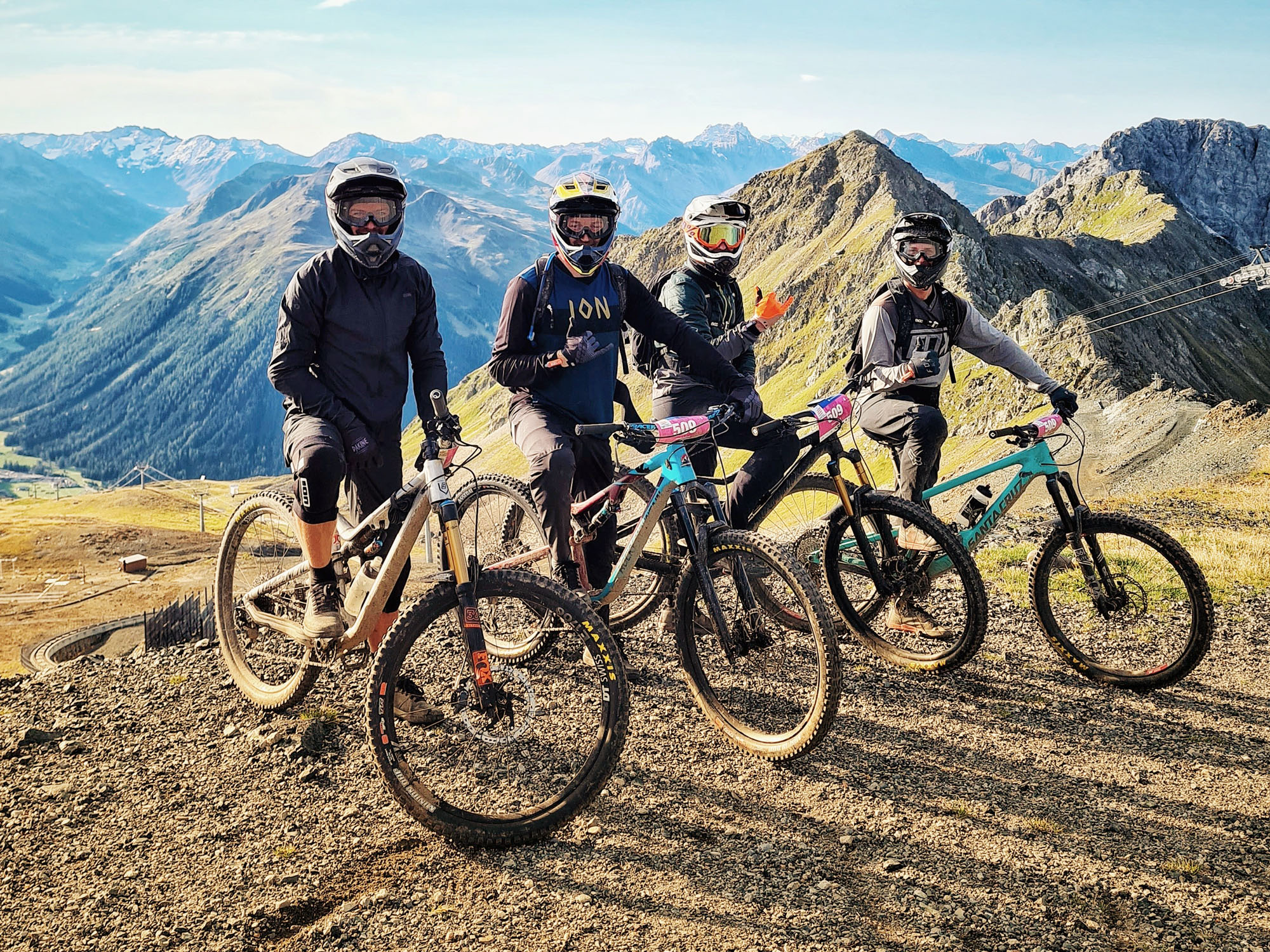 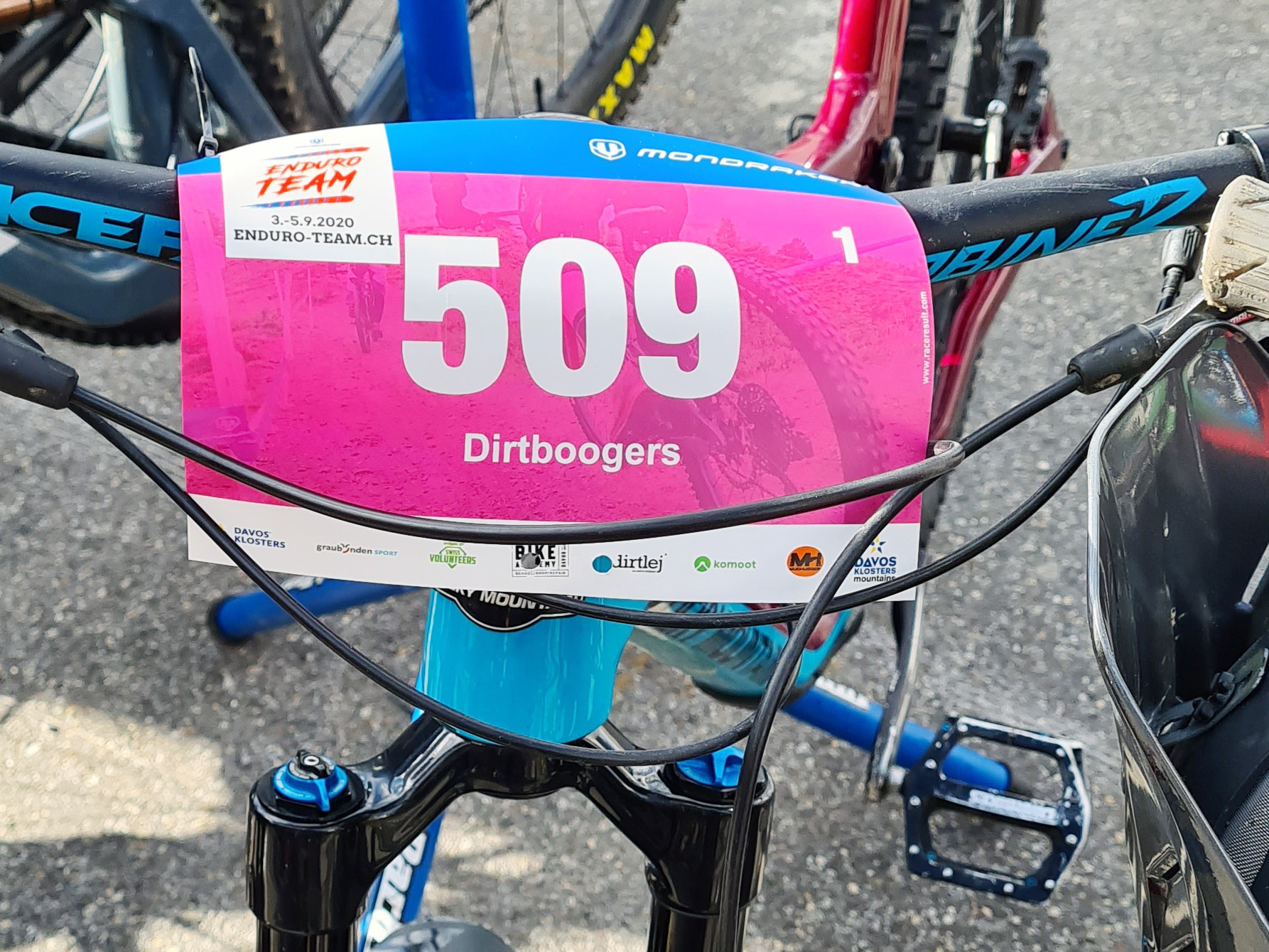 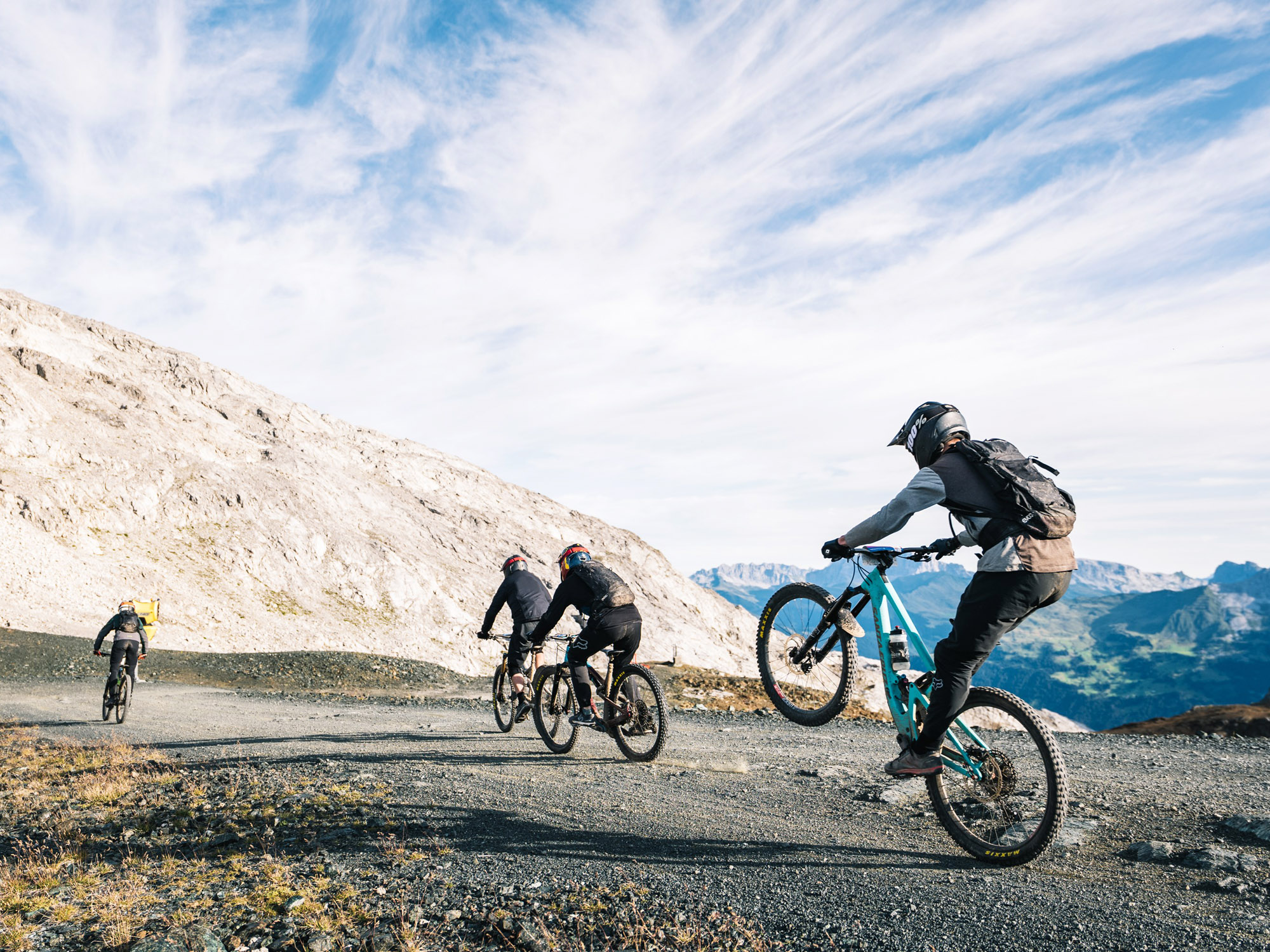 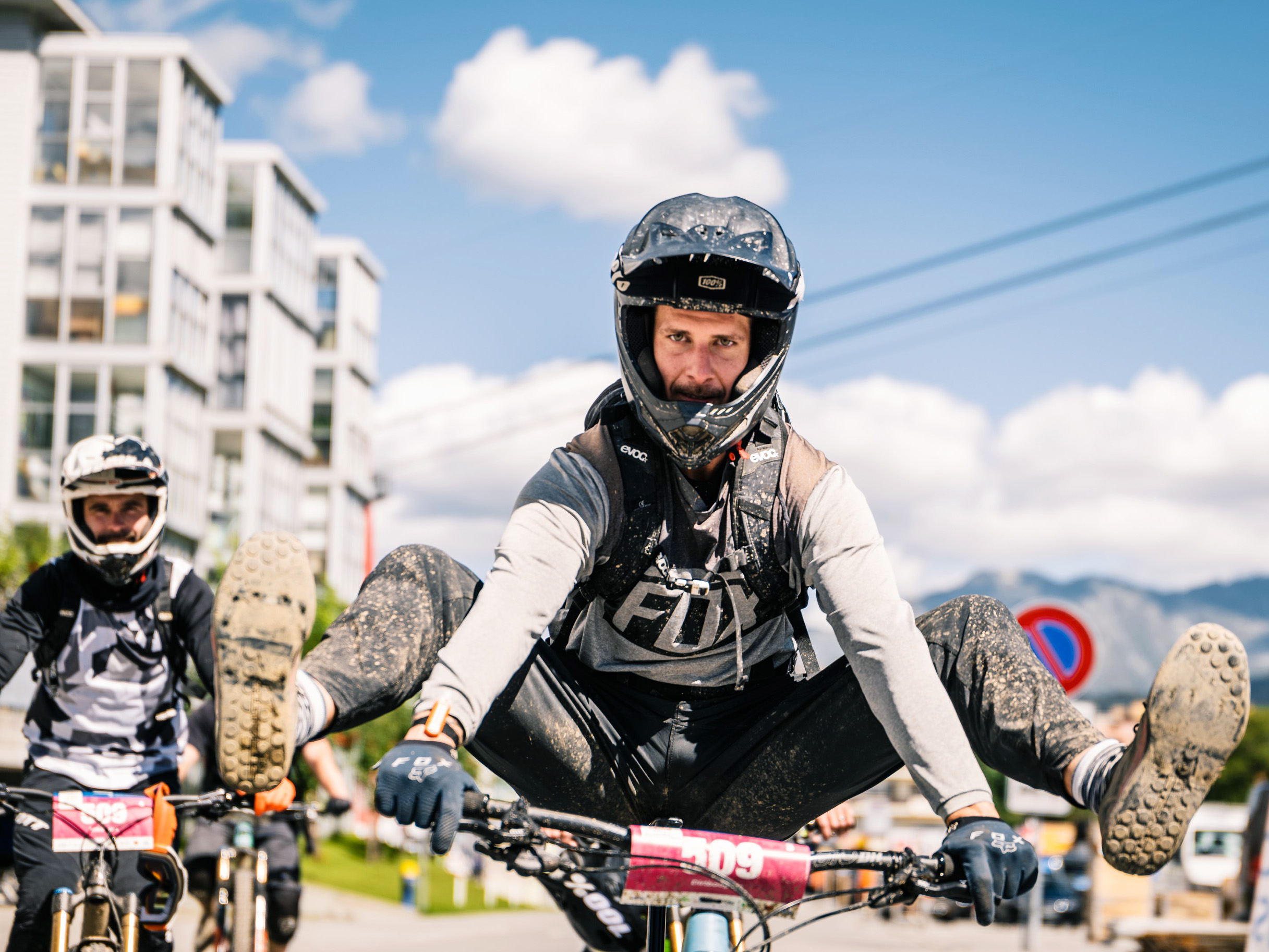 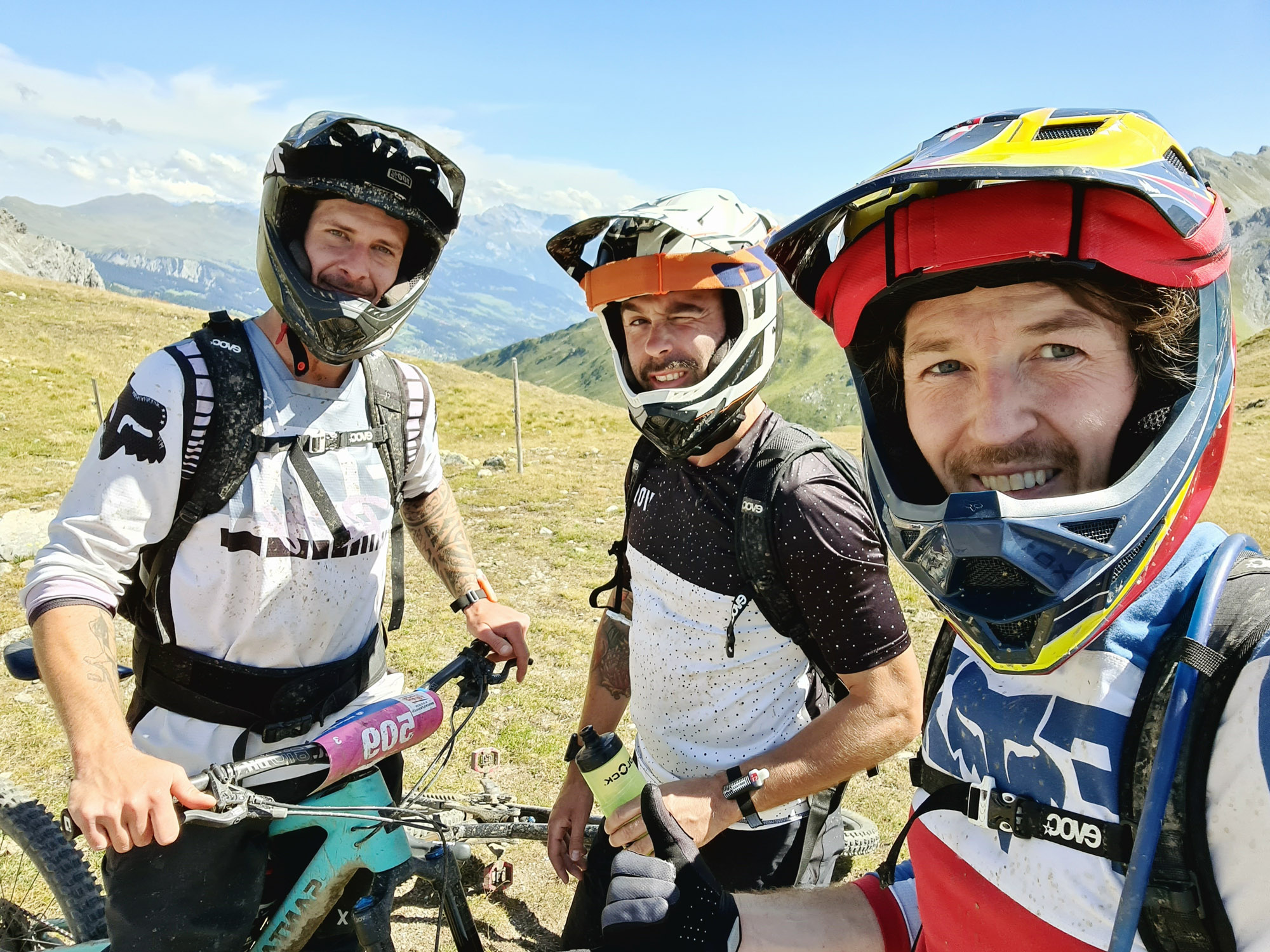